The team at InvestSK reached out to Sky Revolutions having become aware of its work in drone surveying, construction progress imaging, and videography. With an important construction and development event on the horizon, InvestSK was looking for the right team to help it create a video that would clearly communicate its offering.

The brief was to create a series of videos that would help InvestSK to promote the South Kesteven region at an event for developers and investors called MIPIM UK at Olympia in London. The videos would later be used online on websites and social media channels. This meant that they had to convey InvestSK’s key messages effectively both on the big screen at the event, and also on smaller devices such as smartphones when viewed on social media channels.

The first task was to understand the region, what it had to offer, and the client’s key messages. South Kesteven incorporates the market towns of Grantham, Stamford, and Bourne and these towns would be the focus of four site videos, which would introduce investors to current development opportunities.

InvestSK’s overall goal was to build on the economic success of the region, delivering further growth and creating opportunities for its businesses and residents. It wanted to emphasise a few key messages:

We were briefed to produce a package of six videos. This would include four, one-minute site videos that would showcase current investment opportunities. A fifth introduction video would communicate some of the key benefits of the region. There would also be one longer “supercut” that incorporated all of the videos in a way that could be looped on a display at the exhibition stand throughout the event.

After carrying out some research, both on site and online, Sky Revolutions determined the best days, times, and locations for carrying out the shoots. A risk assessment, pre-site survey, and method statement were created, and authorities notified of the plan. The shoots were carried out using a state-of-the-art Matrice 210 drone and a Zenmuse X5S camera.

There were several challenges to overcome in order to fulfil the brief. The first of these was the lighting. To ensure the lighting between the shots was as consistent as possible, the shoots were scheduled for bright days toward the end of the summer.

Although many assume that summer conditions are great for photography, the harsh shadows caused by direct sunlight can also be less than ideal for photography and videography. The ideal scenario was a bright day with a diffuse quality to the light. Sky Revolutions’ pilots had to negotiate unexpected rain showers and adverse lighting conditions to achieve maximum image quality and consistency between shots.

Capturing smooth drone footage was also a team effort that required well calibrated and maintained equipment, preplanning, skilful piloting, as well as photographic knowledge. Using the wrong frame rate and shutter speed can result in choppy or “wobbly” video, so our pilots and videography team worked together to ensure that the lenses and filters could achieve the necessary settings even in sunny summer conditions.

Another of the main challenges was field of view. The videography team used the focal lengths of the lenses and the size of the camera sensor to calculate the heights, angles, and distances that would be required to get framing right. However, there were instances where flight restrictions dictated the camera angles and fields of view. Using a combination of skilful piloting, multi-image panorama photography, and creative editing, it was possible to create videos that communicated the location, size, and key features of each site.

An important element of the brief was that the videos feature animated, three-dimensional visualisations of the kinds of commercial properties that could be built on each site, as well as motion graphics that gave salient information about the surrounding area. As such, it was vital that Sky Revolutions understood what was involved in shooting video that could effectively be analysed for 3D tracking and that would allow for polygonal buildings to be placed into the video in post-production.

InvestSK premiered the footage at MIPIM UK at Olympia in London in October 2018, and the reaction was overwhelmingly positive, with many visitors commenting that the videos stood out at the event for their capacity to effectively convey the region, the sites, and the key messages in a concise and visually appealing manner. This project was a multi-disciplinary achievement that resulted in a very satisfied customer and another great relationship for Sky Revolutions.

If you’d like to create a similar video for your product or business, get in touch with Sky Revolutions today. You can contact us on our website or call us on 01778 560929. 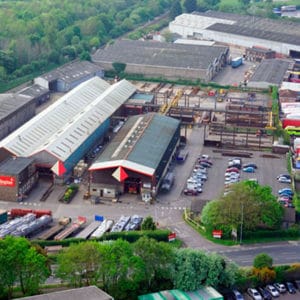 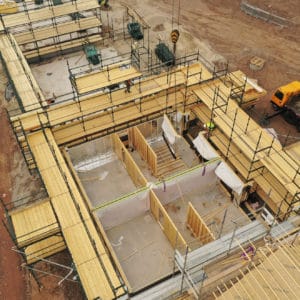 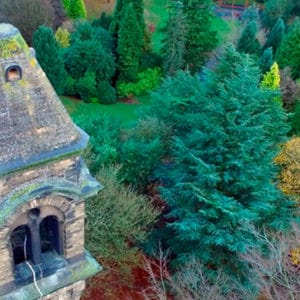 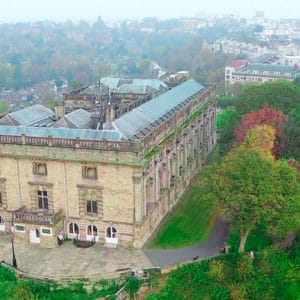 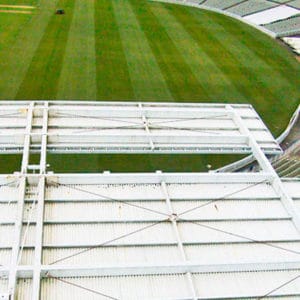 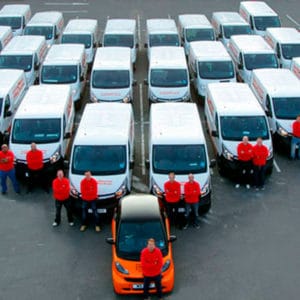 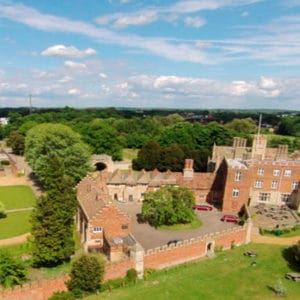 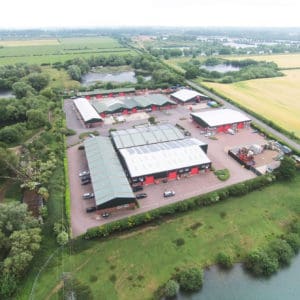 The sky's the limit

You can find out more about which cookies we are using or switch them off in settings.

This website uses cookies so that we can provide you with the best user experience possible. Cookie information is stored in your browser and performs functions such as recognising you when you return to our website and helping our team to understand which sections of the website you find most interesting and useful.

Strictly Necessary Cookie should be enabled at all times so that we can save your preferences for cookie settings.

If you disable this cookie, we will not be able to save your preferences. This means that every time you visit this website you will need to enable or disable cookies again.